When we built the original 9 stall barn in 1995 the first horse to occupy a stall was a young gelding named Page Saint Dude. "Dude",  as he is affectinately known, was purchased from Bill and Cheryl Given for Kelly and that purchase began a love affair that has lasted for nearly 30 years. Dude carried Kelly to many wins on the open show and AQHA circuit in those early days including wins while Kelly was carrying our first child.

Dude was always there for whoever needed him. We even loaned him out as a 4-H horse one year and he won the State Championship. As our family grew so did Dude's role. What once was Kelly's show horse then became the protector of our children and each child's first show horse. Again competing on the weekends and even at The All American Quarter Horse Congress. Through it all Kelly stood proudly by never waivering on her intentions of providing Dude with a lifelong home. In the years after the kids moved on to other show horses Dude was loaned out to some customers who needed a pasture buddy for one of their aging horses. At the age of 29 and no longer needed in that role he returned home to live out his last days in retirement or so we thought. As he had always done Dude assumed a new role for one of Kelly's former kindergarten students. A young girl with a love of horses, but some hard to conquer fears of riding, was about to enter Dude's life and give him not only a purpose but a new lease on an already long life. The connection was instant and in short time Dude was back to work doing what he had done so many times before...carrying precious cargo around the pen winning blue ribbons. At the age of 30, with a new sparkle in his eye, Dude did what he had done the first time 25 years earlier. He carried his young, inexperienced, nervous rider to a win at the West Virginia State Fair.

Nowadays, at 32, you'll find Dude in the barn, head hanging out of an open door asking for frequent treats, starring in virtual lessons Kelly gives to her students from the barn, or in the pen giving daily riding lessons to youngsters who trust only one little gelding with their riding dreams. But just around the corner, in a chair out by the ring, or some place nearby Kelly is always watching, encouraging and sharing stories about the lilttle horse that started it all so many years ago.

Back to the Gallery Listing Page 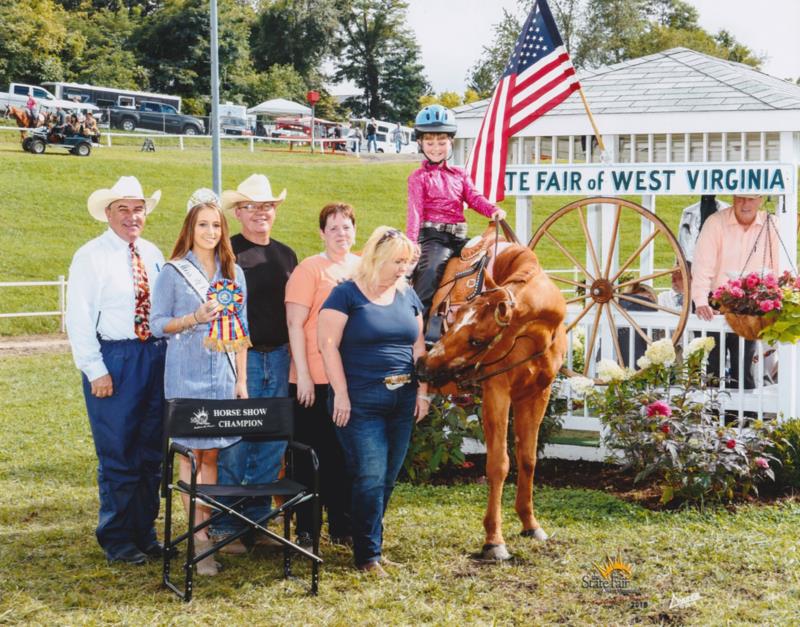 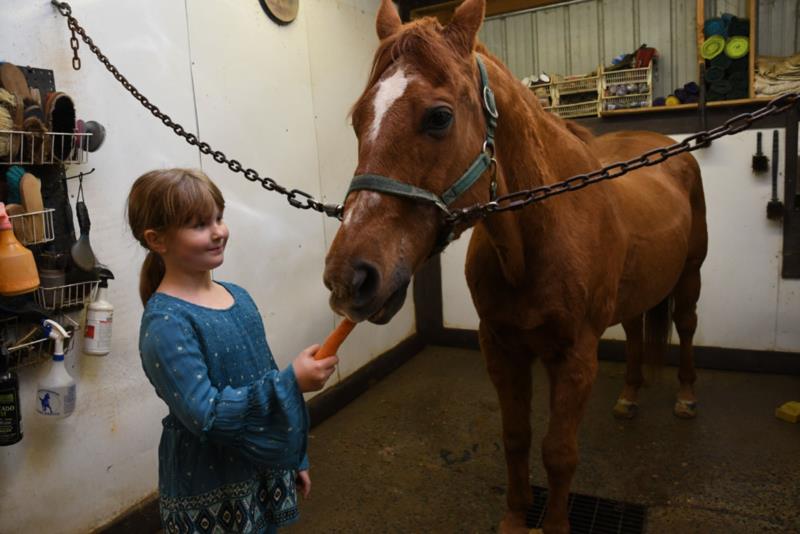 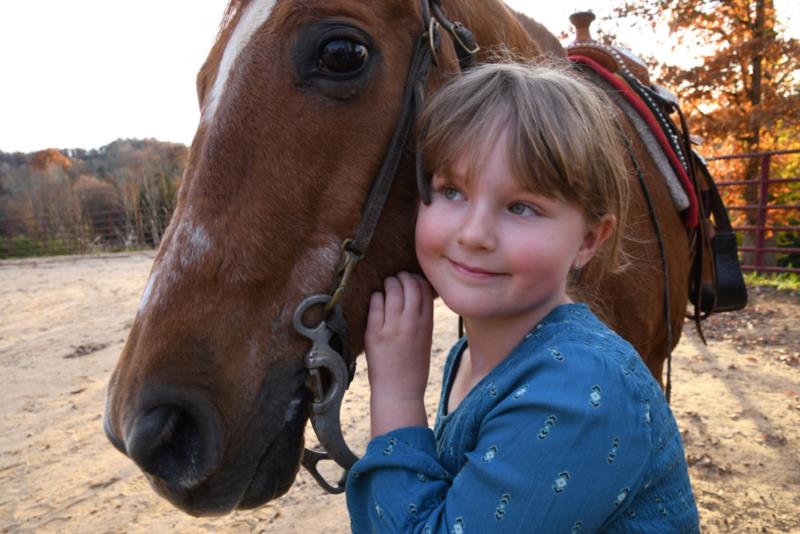 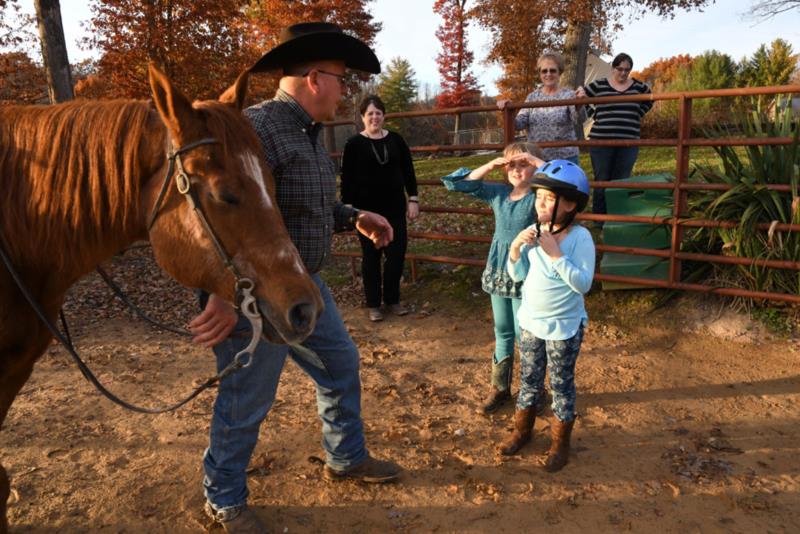 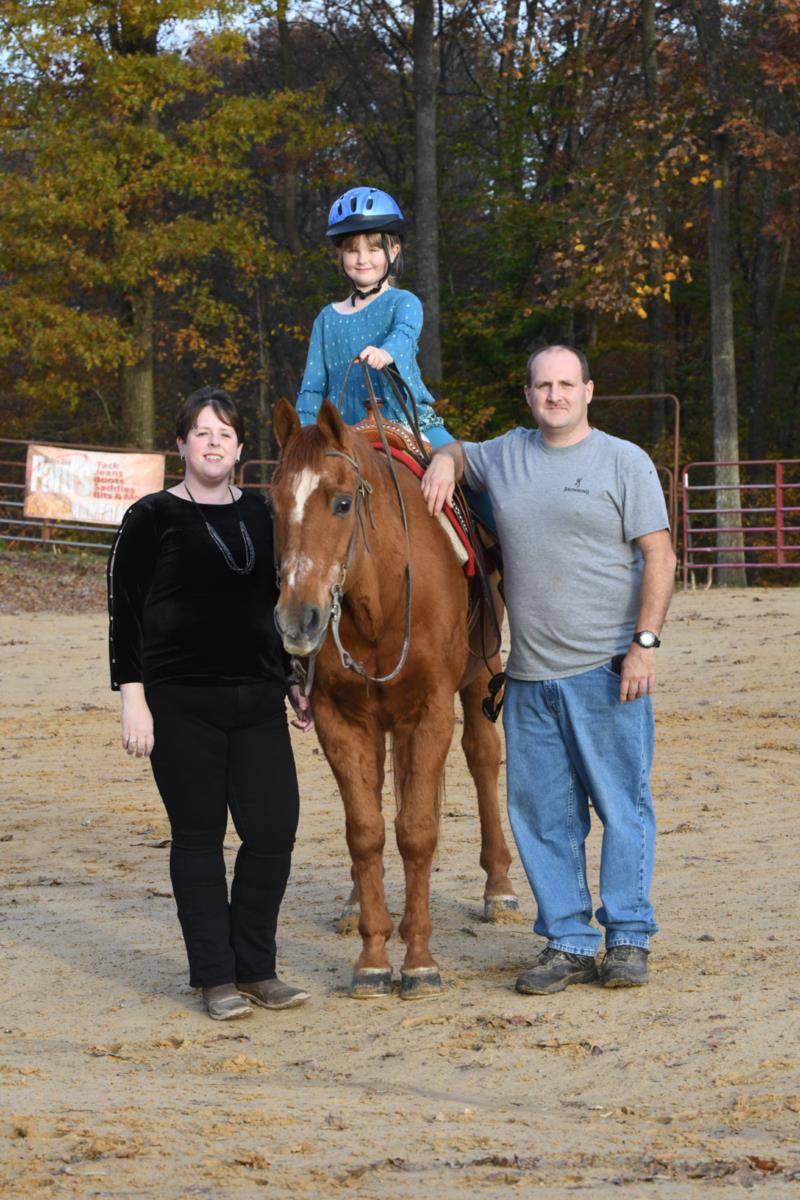 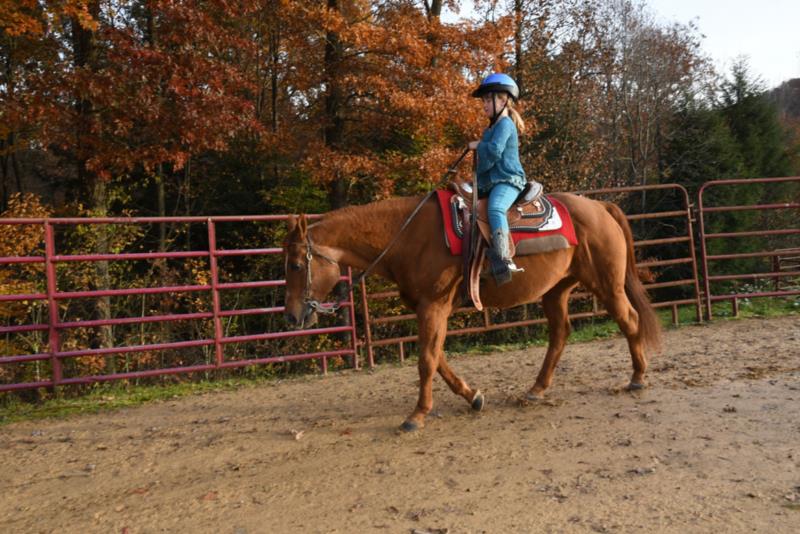 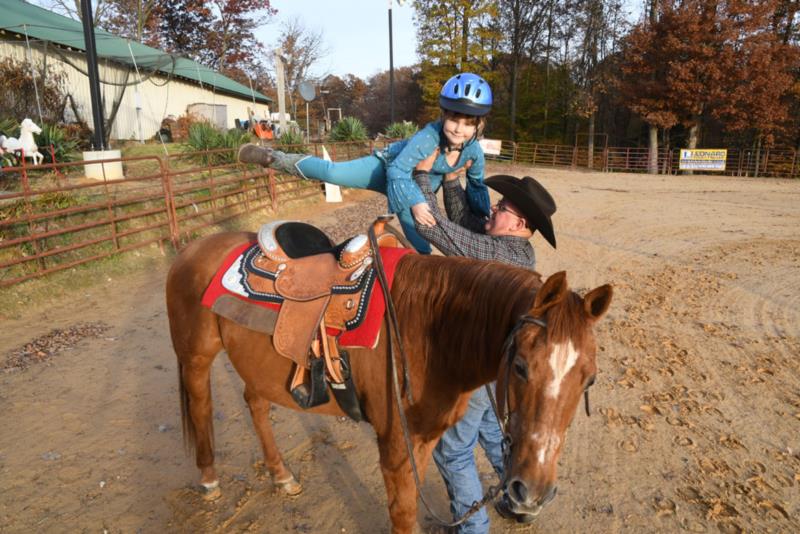 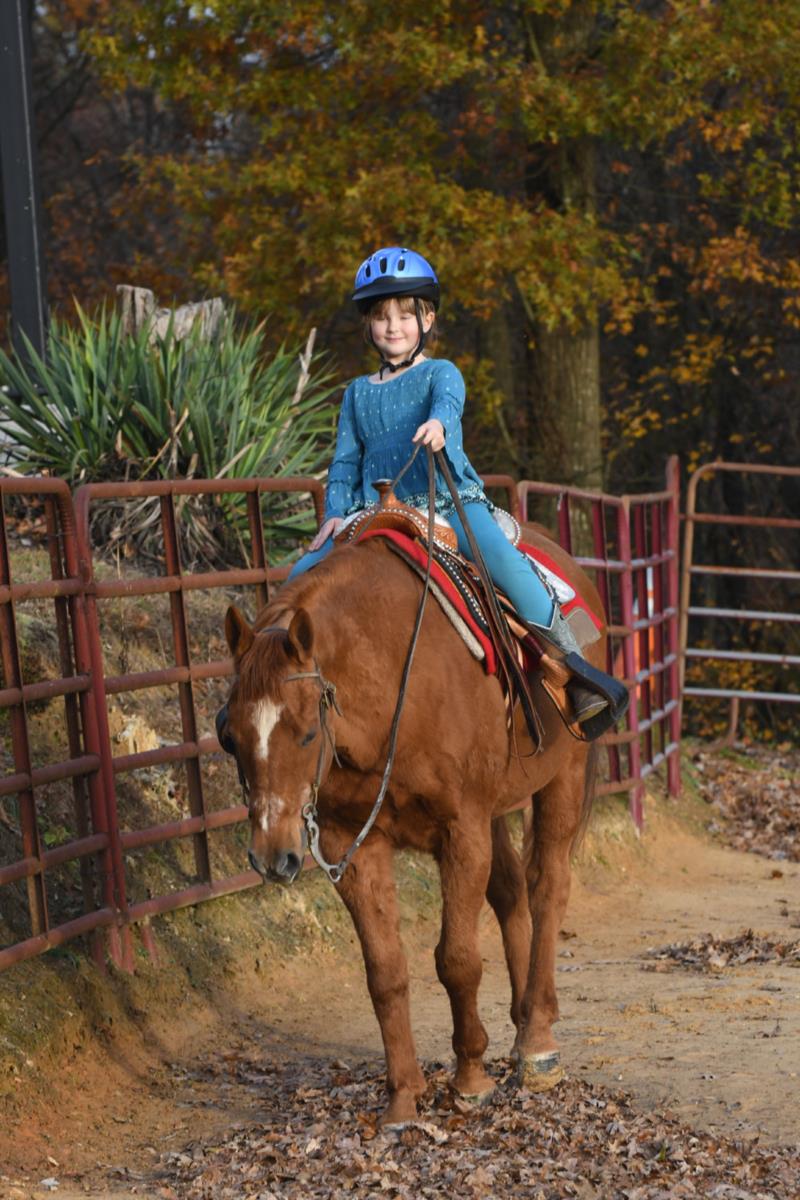 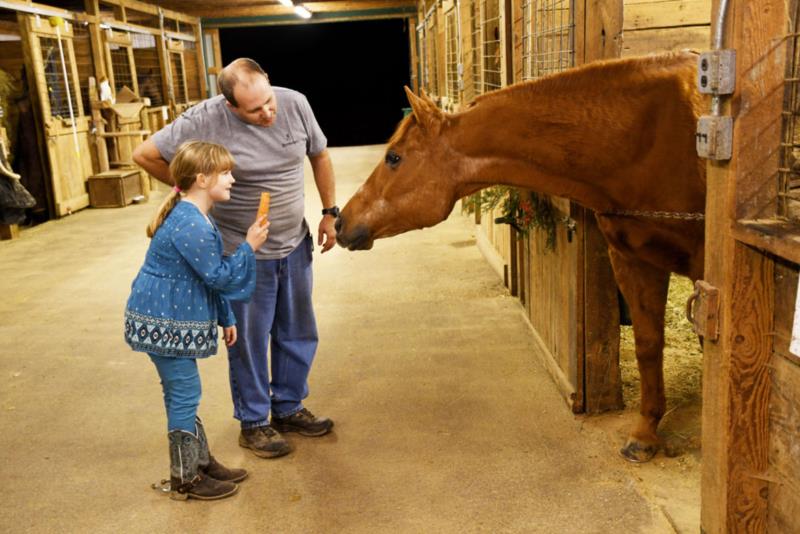 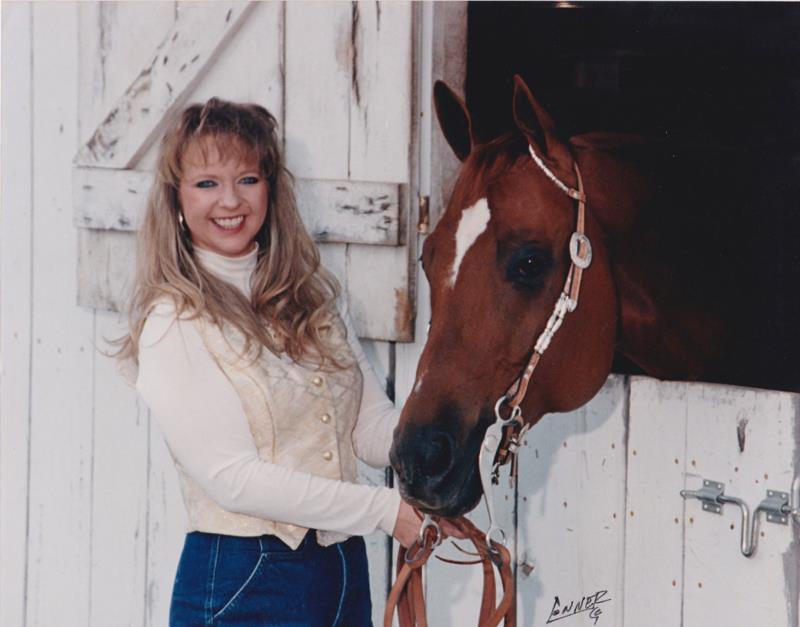